“Changing” the legal structure of your NPO

It has surprised us how often staff, or governing body, members of non-profit organisations (“NPO’s”) have not been able to tell us which legal structure their organisation is established as – “we are an NPO” they insist!

The Nonprofit Organisations Act defines, in section 1, an NPO as a trust, company or other association of persons established for a public purpose, the income and property of which are not distributable to its members or office bearers, except as reasonable compensation for services rendered. This definition makes provision for organisations that have been formed in terms of the:

“NPO” is therefore not a formal legal structure, but rather describes, in a general way, all three types of legal entity, or identifies those organisations which are registered as NPO’s under the Nonprofit Organisations Act.

If your legal structure is that of a voluntary association and it doesn’t really ‘fit’, the organisation could “change” its structure to be either a charitable trust (which has just a board of trustees and no members) or a no-member non-profit company (which is an option offered by the Companies Act). However, it is not possible to simply ‘change’/convert a voluntary association into a trust or a non-profit company. If your organisation wishes to undertake this sort of transition, you will be setting up a new legal entity (one which suits you better), transferring what can be transferred from the old to the new, and then closing down the old one. If you are considering embarking on this process, please be aware that:

If the process is not followed carefully, it could result in there being two separate legal entities, giving rise to much confusion around where the assets and resources are located and where they should be reported on. We therefore strongly advise organisations who may be considering a ‘change’ in legal status to secure the services of an experienced NGO lawyer and/or accountant to support them in the process.

The Ziyo team is led by Chartered Accountants and includes accountants, bookkeepers and support staff.  They have served the nonprofit sector for over 20 years, helping organisations to build financial health and sustainability so that their resources can be used more effectively in making a real difference. http://www.ziyo.co.za 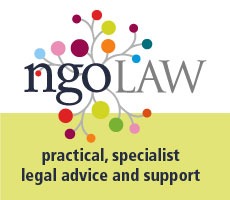 Nicole Copley, NGO Law. NGO Law provides practical legal advice and assistance to not-for-profits of all shapes and sizes. With specialist expertise in tax, drafting, registrations, compliance and governance, the team at NGO Law loves creating documents that are appropriate, accessible and inspiring and provides ongoing support in all the details of compliance. This email address is being protected from spambots. You need JavaScript enabled to view it. http://www.NgoLawSA.co.za

Understanding the mental health of NPOs during the Covid-19 pandemic

Getting started with storytelling

NPC Advice: What is a 'unique MOI' and do we need one?

Legal Considerations
Many NPCs which are registered in a hurry or without any understanding of the importance of the Memorandum of Incorporation (MOI) of an NPC are often established with the CIPC standard form MOI as their founding document. At ngoLAW we only register with a standard CIPC MOI as a short-term emergen...

What does 'ex-officio' mean?

Legal Considerations
The widely misunderstood term 'ex-officio' means “by virtue of another office held” and simply means that the person automatically becomes a board member because of some other position they are in. Those who serve ‘ex officio’ are not voted on, do not resign and are not subject to terms of offic...

Legal Considerations
The ‘D’ day for POPIA compliance has come and gone. Some of us have it all sussed and sorted, some had good intentions but have been diverted by other dramas, and some are still wondering whether they need to engage with POPIA (for the last lot, yes you do!) The good news is that the Information...

Legal Considerations
In 2016 the Labour Court (the Court)  delivered a judgment in which it held that a non- profit organisation’s dismissal of an employee on the grounds of operational requirements was procedurally and substantively fair. The Court also provided some interesting findings on fixed term contracts...

Legal Considerations
The word ‘donation’ is contained once within the Protection of Personal Information Act (POPIA). This will likely change the fundraising game for NPOs in South Africa. Section 1 of POPIA defines ‘direct marketing’ and provides that it means, amongst other, to approach a data subject, either in p...